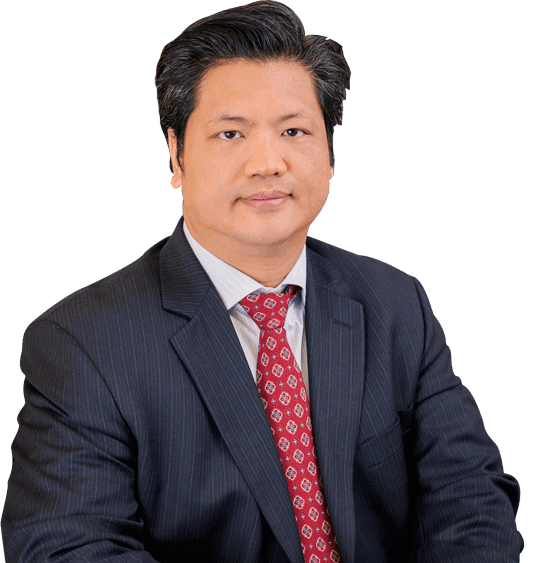 On June 18, 2020, in a 5-4 decision, the Supreme Court of the United States (“SCOTUS”) issued a blistering rebuke of the Trump’s Administration’s attempt to rescind DACA (“Deferred Action for Childhood Arrivals”) in Department of Homeland Security v. Regents of the University of California. While this decision means that DACA recipients are safe from deportation, this safety may only be temporary. A closer review of Chief Justice John Roberts’s majority opinion reveals that the majority views this matter more as an abuse of administrative law under the Administrative Procedure Act (“APA”) rather than the legality of the DACA program itself. In other words, the dispute before the SCOUTS is not whether the Department of Homeland Security (“DHS) may rescind DACA, as all parties agree that it may, rather the dispute is mainly about the procedure the agency followed in doing so.

Before delving into how the majority reached its conclusion that the Trump Administration violated the APA in its quest to rescind DACA, some background information is essential in understanding how we got to this point. In 2012, the DHS under the Obama Administration issued a memorandum announcing the immigration relief program known as DACA. This program permitted certain unauthorized aliens who arrived in the United States as children to apply for a two-year forbearance of removal with the ability to renew along with additional benefits including work authorization and access to federal programs such as Social Security and Medicare. It is estimated that this program has benefitted some 700,000 individuals.

Two years following the establishment of the DACA program, DHS expanded DACA eligibility and created a similar program known as Deferred Action for Parents of Americans and Lawful Permanent Residents (“DAPA”). Were it not for Texas and 25 other States securing a nationwide preliminary injunction barring the implementation of both the DACA expansion and DAPA, the program would have benefitted some 4.3 million parents of U.S. citizens or lawful permanent residents with the same forbearance from removal, work eligibility, and access to certain federal programs as their children. The constitutionality of DAPA ultimately made its way to the SCOTUS, and in a 4-4 decision, the Court affirmed the Fifth Circuit’s holding of the injunction and its conclusion that DAPA violated the Immigration and Nationality Act (“INA”).

The Arrival Of Trump

In the midst of pending DAPA litigation in the Federal District Court regarding DAPA, in June 2017, the incoming Trump Administration decided to rescind the DAPA Memorandum, justifying its action on the basis of Texas’s ongoing suit and new policy priorities. The new administration also went a step further in September 2017 when the Attorney General (“AG”) advised then Acting DHS Secretary, Elaine C. Duke, to also rescind DACA, asserting that DACA shares the same legal flaws as DAPA. Under the direction of Acting DHS Secretary Duke, DHS/USCIS decided to no longer accept new DACA applications but still permitted existing DACA recipients who were within 6 months of DACA expiration to apply for a two-year renewal. All other DACA recipients previously issued grants of relief would see such relief expire on their own terms with no prospect of renewal.

Path To The SCOTUS

Groups of plaintiffs challenged Duke’s decision to rescind DACA, claiming that the decision was arbitrary and capricious in violation of the APA and that it infringed upon the Fifth Amendment’s Due Process Clause equal protection guarantee. Three Federal District Courts, two in California and one in D.C., opined on the matter. The Federal District Court in California in Regents and Batalla Vidal held that the equal protection claims were adequately alleged and entered a coextensive nationwide preliminary injunction based on the conclusion that the plaintiffs were likely to succeed on their APA claim. Meanwhile, the D.C. Federal District Court in NAACP took a different approach. Rather than ruling on the equal protection challenge, the District Court deferred ruling on that matter. Instead, the District Court granted partial summary judgment to the plaintiffs on their APA claim, finding that the DACA rescission was inadequately explained. The court then stayed its order for 90 days, permitting DHS to reissue a memorandum rescinding DACA with a fuller explanation of its conclusion that DACA was unlawful. Two months later, Duke’s successor, DHS Secretary Kirstjen Nielsen, responded to the court’s order. However, rather than providing a fuller explanation, Secretary Nielsen reverted back to her predecessor’s decision asserting that it was sound. Nielsen reiterated the conclusion that DACA is illegal and offered other new justifications for rescission. The court, in response to Nielsen, held that the additional reasoning failed to elaborate meaningfully on the illegality rationale. The matter was appealed to the 2nd, 9th, and D.C. Circuit. Following the 9th Circuit’s affirmation of the Federal District Court’s holding. The matter was appealed to the SCOTUS.

The Chief Justice addressed three issues before the court: (1) whether DHS’s DACA rescission decision is reviewable under the APA; (2) whether DHS’S rescission was within SCOTUS’s jurisdiction and (3) whether DHS’s decision to rescind DACA is arbitrary and capricious in violation of the APA.

On the issue of reviewability, the Court held that DHS”s rescission decision is reviewable under the APA. Generally, under the APA, there is a basic presumption of judicial review of agency action. However, this presumption can be rebutted when it is shown that an agency’s action is not to institute an enforcement action. The Government argues that DACA is a general non-enforcement policy equivalent to the individual non-enforcement decision in Chaney. See Hecker v. Chaney, 470 U.S. 821 (1985).

The Court notes however that the DACA memo did not merely decline to institute enforcement proceedings. DACA created a program for conferring immigration relief. Thus, unlike the non-enforcement decision in Chaney, DACA’s creation and its rescission is “action” that provides a focus for judicial review by virtue of the program deferring removal, conferring work authorization, and creating eligibility for Social Security and Medicare, access to such benefits is an interest courts often are called upon to protect.

On the issue of jurisdiction, the Court held that DHS’s rescission decision is within the Court’s jurisdiction. The Government invokes two jurisdiction provisions of the INA that are not applicable. First, under 8 USC §1252(b)(9), courts are barred from reviews of claims arising from actions or proceedings brought to remove an alien. This provision is not applicable in the present case because the parties do not challenge any removal proceedings. Second, 8 USC §1252(g) is not applicable here because rescission is not a decision to commence proceedings, adjudicate cases, or execute removal orders to which the court is barred from review.

On the issue of whether DHS’s decision to rescind DACA was arbitrary and capricious under the APA, the Court held in the affirmative. The Government argues that the Court should consider the contemporaneous explanation offered by Acting Secretary Duke and also additional reasons supplied by Secretary Nielsen nine months later. The Court states that judicial review of an agency action is limited to the grounds that the agency invoked when it made its decision. See Michigan v. EPA, 576 U.S. 743, 758. If those grounds are inadequate, a court may remand for the agency to offer a fuller explanation of the agency’s reasoning at the time of the agency action or deal with the problem afresh by taking new agency action. Because Secretary Nielsen chose not to take new action, she was limited to elaborating on the agency’s original response. However, her reasoning bears little relationship to that of her predecessor and consists primarily of impermissible post hoc rationalization. An agency is prevented from such post hoc rationalization in order to promote public accountability, instill confidence that the reason given are not simply convenient litigation positions, and facilitate orderly review.

DHS’s rescission decision is arbitrary and capricious under the APA for two reasons. First, a defining feature of DACA is DHS’s decision to defer removal, but DACA also confers benefits like work authorization and eligibility for Social Security and Medicare. While the question of DACA’s legality is a legal determination and question for the Attorney General, deciding how best to address a finding of illegality moving forward can involve important policy choices, policy choices that rest with DHS. DHS’s failure to supply a requisite reasoned analysis as to why DHS was rescinding DACA while continuing forbearance is a dereliction of duty that in turn constitutes as an arbitrary and capricious decision in violation of the APA. Second, DHS’s failure to address whether there was a legitimate reliance interest on the DACA memo in its decision to rescind DACA is arbitrary and capricious in violation of the APA. Certain features of the DACA policy may affect strength of any reliance interests but those features are for the agency to consider in the first instance. While DHS was not required to pursue accommodations to addressing reliance interest, the agency was at least required to assess the existence and strength of any reliance interest and weigh them against competing policy concerns.

Its failure to do so is arbitrary and capricious. Finally on the equal protection claim, Chief Justice Roberts opined that the respondent failed to establish a plausible inference that the rescission was motivated by animus in violation of the Fifth Amendment’s equal protection guarantee.

In her concurrence, Justice Sotomayor opined that the equal protection claim should be remanded in order for the Respondents to develop their assertion. She believes that the President’s words and statements can be considered when accessing whether the DACA rescission was motivated by animus in violation of the Fifth Amendment’s equal protection guarantee.

In his dissent, Justice Thomas opined that the majority is simply kicking the can down the road and that this case is not an administrative law matter. The majority is simply creating a stop gap measure of its own. Since DHS unilaterally created DACA without any purported delegation of authority from Congress, DACA is therefore illegal. He opined that since DACA is illegal, any actions under DACA are themselves illegal, and such actions, he argues, must cease immediately. The APA should not be construed to impede that result. Thomas opined that doing so would set a bad precedent. Future administrations that wish to rescind an unconstitutional program from its predecessor’s would have to go through the archaic process of articulating a well-reasoned policy for its rescission decision and take into account reliance interests. Thomas acknowledges that forbearance, deferring removal, and conferred benefits under DACA are legally distinct and can be decoupled. However, he contends that the Court should not dissect an agency action piece by piece.

Chief Justice Roberts respond to Thomas’s dissent on a number of fronts. First, the Chief Justice notes that the dissent rests its opinion on the Attorney General’s legal determination, which considered only benefits and not forbearance to supply the reasoned analysis to support rescission of both benefits and forbearance. However, this Court held in State Farm that when an agency rescinds a prior policy, its reasoned analysis must consider the alternatives that are within the ambit of the existing policy. See Motor Vehicle Manufacturers Association of the United States, Inc. v. State Farm, 463 U.S. 29 (1983).

Here, forbearance was not just the ambit of the prior policy, it was the centerpiece. The rescission memo contains no discussion of forbearance nor the option of retaining forbearance without benefits. Lastly, the dissent and the Government’s position that DACA recipients have no legally cognizable reliance interests because the DACA memo stated that the program conferred no substantive rights and provide benefits only in two-year increments failed to cite to any legal authority establishing that such features automatically preclude reliance interest. The majority notes that they themselves are not aware of any legal authority.

Implications And After Thought